The Spanish Colonial Revival has been part of the aesthetic fabric of Southern California for over 100 years. While claiming ties to Colonial Spain and Mexico via their cultural and design traditions, the style was based largely on myth and invention. Influenced by such diverse sources as the 1915 Panama-California Exposition and the popular Ramona novel and pageants, Californian architects and designers adapted Spanish Colonial, Mission, ecclesiastical, and native elements to create romanticized perceptions of California for a burgeoning tourism industry. 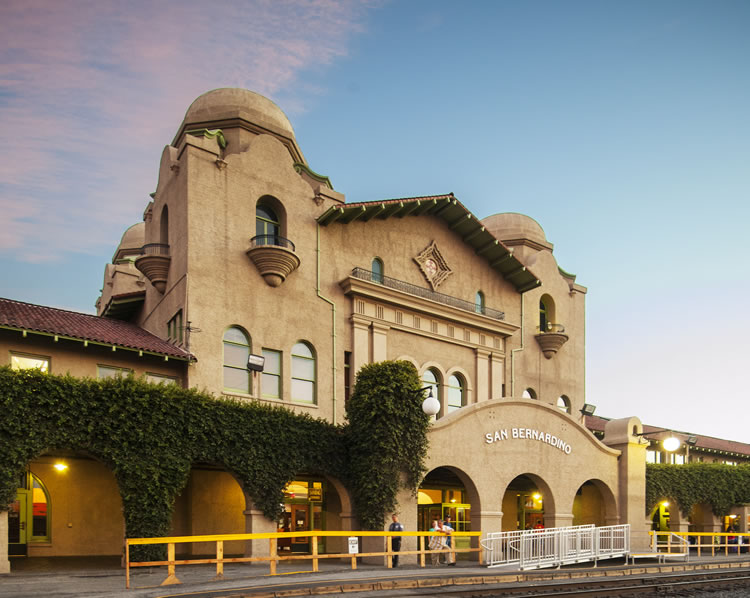 Myth & Mirage presents a tour through the Inland Southern California SCR landscape with its rich stylistic details and exoticized architectural forms, and showcases the creations of the mythmakers who, from the 1880s through the 1930s, fabricated a marketable past that was romantic yet civilized in order to sell the mirage of historical fortune and paradise to Anglo settlers. The exhibit considers the role of ethnic Mexicans in SCR architecture who have been largely omitted from the historical record, despite how essential their positions as laborers and producers of building materials were to the architectural history of the Inland Empire and Southern California. Myth & Mirage also explores the implications of the “refried” vernacular SCR architecture of the postmodern era.

The Riverside Art Museum will present the first survey of the Spanish Colonial Revival style in the architecture and the decorative arts of the Inland Empire, where this style flourished. Landmarks such as Myron Hunt’s First Congregational Church of Riverside (1912–1914) and the historic Mission Inn Hotel are spectacular amalgamations of the historic and the imagined. The exhibition will use architectural and archival materials, decorative arts, paintings, and photographs to explore the style’s origins and continuing popularity. 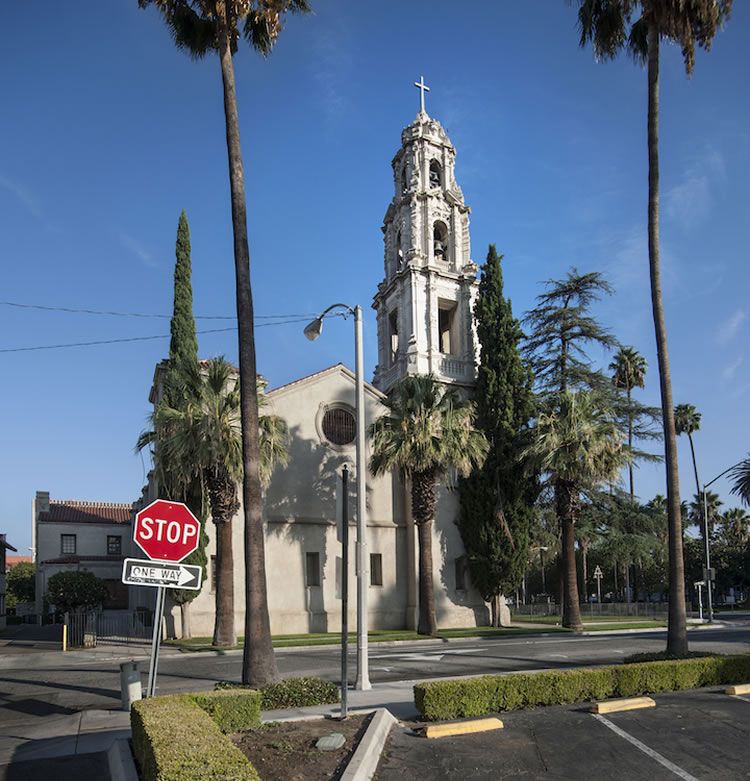 “I am thrilled to have been able to conceptualize an exhibition that sheds long-overdue light on the extraordinary wealth of historic style contributions made within the Inland Empire region,” says Myth & Mirage curator Lindsey Rossi. “Along with the spectacular breadth of work done in and around San Bernardino and Riverside counties, we will delve into the complex history of cultural appropriation and reclamation in the architecture and decorative arts to come out of the Spanish Colonial Revival. It is truly an honor for RAM and our entire Myth & Mirage team, that have worked tirelessly on this exhibition and accompanying catalogue, to have been included in the Getty’s prestigious Pacific Standard Time: LA/LA grant initiative.”

Myth & Mirage is part of Pacific Standard Time: LA/LA, a far-reaching and ambitious exploration of Latin American and Latino art in dialogue with Los Angeles, taking place from September 2017 through January 2018 at more than 70 cultural institutions across Southern California. The presenting sponsor is Bank of America.

Major support for this exhibition and publication is provided through grants from the Getty Foundation.

The exhibition is further supported by the City of Riverside and Old Riverside Foundation.

UCR ARTSblock is presenting a PST: LA/LA exhibit of their own, Mundos Alternos: Art and Science Fiction in the Americas, running September 16, 2017 – February 4, 2018. Major support for this exhibition and publication is also provided through grants from the Getty Foundation.

Please join us for our Joint Opening Reception on Saturday, September 30, 6 p.m. – 9 p.m. Both locations will be open free to the public in celebration of our respective PST: LA/LA exhibitions.

Outside of Riverside, be sure to visit the other participating PST: LA/LA museums out here in the Inland Cities of Claremont, Pomona, (Riverside!), and Palm Springs. Like us on Facebook: www.facebook.com/PSTLALAEAST to learn more about our exhibits and all the exhibit-related programming we collectively have as part of PST: LA/LA.