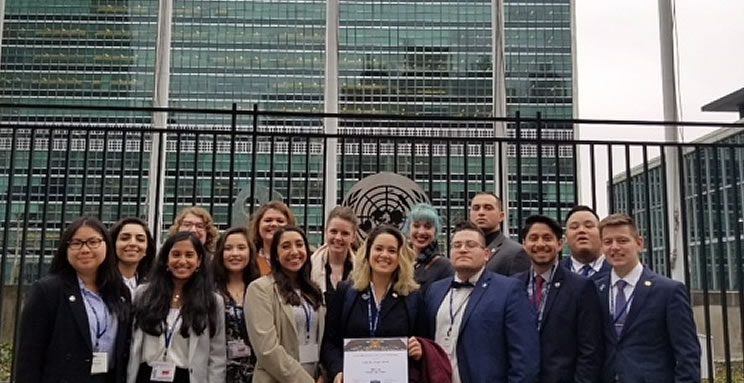 Over 5,000 college/university students convene on New York City each year to discuss current global issues. Delegates are tasked to solve pressing issues relevant to UN committees. The purpose of the conference is to advance the understanding of the UN and of contemporary international issues that have positively impacted the lives of numerous delegates. This year, RCC was tasked with representing Ukraine.

This year’s team was the College’s most diverse team with members having been born in Mexico, Afghanistan, Pakistan, India; Korea, and in the United States. Ten of the 15 students were female.

“Our team was the most diverse and one of the youngest teams in the conference,” Dariush Haghighat, professor, Political Science and Model UN advisor said, “which makes this achievement incredibly sweet and impressive. As their faculty advisor, I could not be any prouder of these extremely dedicated and talented students.”