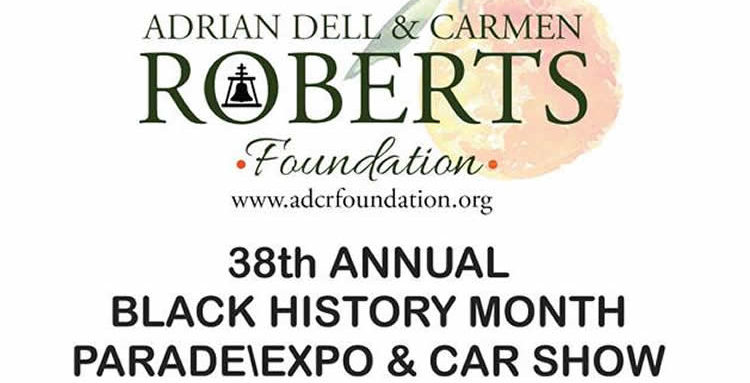 RIVERSIDE, CALIF. – The theme for the 38th Annual Riverside Black History Parade, Expo and Car Show is “It Takes a Village: Honoring Our Youth.” This cultural event, held annually on the 2nd Saturday, has become a tradition to the community of Riverside. The event will take place on Saturday, Feb. 11, 2017 at 10 a.m. and will highlight the rich and proud heritage of Riverside.

The parade route begins at Riverside City College at the corner of Terracin and Magnolia Avenue, ending on Main Street in front of the Riverside County Court House in downtown Riverside. The procession will include government and city officials, local high school drill teams, vintage cars and various other parade vehicles. Parade-goers will cheer along the parade route on Market Street, as well as in front of the Historic Riverside County Courthouse where parade participants will be announced from the main parade stage as they proceed past.

The 38th Annual Riverside Black History Parade is proud to recognize today’s youth. One such dynamic young leader who will represent as this year’s Grand Marshall is Whitney Ashley. Ashley is a graduate of John W. North High School, class of 2007. She led the Women’s Track and Field Team at Cerritos College to the CCAA Track and Field Championships where she captured a State title in the Discus and helped her team win the covenant crown of Women’s Track and Field State Championships. She won All-Conference Honors and went on to win a Division I NCAA title in 2012, becoming the first NCAA Champion for San Diego State University in 26 years. Ashley continued on in track and field competing with international competitions on two world championship teams: 2013 Moscow, Russia; and2015 Beijing, China, earning her place in the 2016 “Rio” Olympics where she placed ninth in the world. This dynamic young athlete went on to win the coveted title as the U.S. Women’s Discus Champion in July 2016, and her new crowned title as a USA National Champion earned her a spot on her first Olympic Team where she represented the United States in the 2016 Rio Olympic Games hosted in Rio de Janeiro, Brazil. Her travels also led her to an invite to the White House to meet President Obama. She continues to represent youth worldwide and was recently honored by the Riverside Sports Hall of Fame for her Olympic Achievement and civic commitment to inspiring young people.

The 38th Annual Riverside Black History Parade, Expo and Car Show creates a sense of cohesiveness within the community, bringing people together from all walks of life and various cultural backgrounds to celebrate with pride Black History through food, music and fun-filled family activities, attracting thousands of attendees annually. For more information visit  www.adcrfoundation.org.