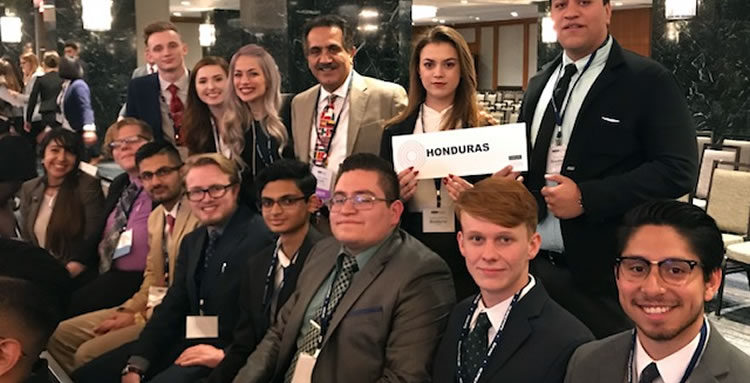 Over 5,000 college/university students, more than half from outside the United States, convened on New York City to discuss current global issues. Delegates are tasked to solve three pressing issues relevant to UN committees. The purpose of the conference is to advance the understanding of the UN and of contemporary international issues that have positively impacted the lives of numerous delegates. This year, RCC was tasked with representing Honduras.

The four students winning the Outstanding Position/Research Paper Award were Mathew Craig, Amy Maciel, Hector Flores and Haghighat, son of Dariush Haghighat, a professor of political science at RCC and a UN advisor.

“I could not be more proud of this group of young and extremely diverse students who are mostly from under representative communities,” Haghighat said.