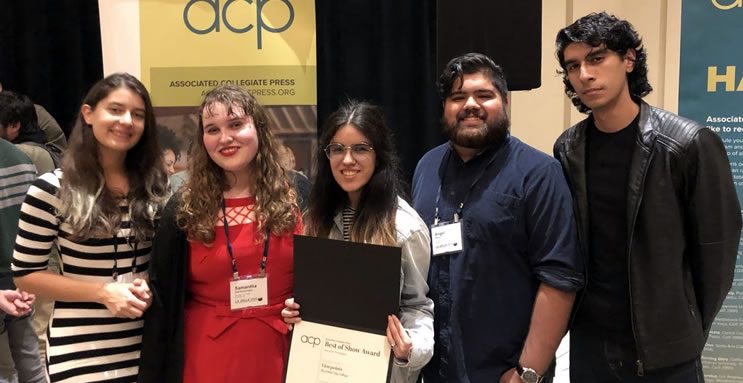 Riverside, CA – Riverside City College’s Viewpoints has again been selected as one of the top student newspapers in the nation.

Viewpoints students entered their November 1 print issue, which covered RCC’s police arriving to move heavy road barriers at the College after emergency personnel had responded to help a student with a health emergency.

The Best of Show award is Viewpoints’ fourth such honor from the Associated Collegiate Press, with the newspaper winning in 2004, 2011 and 2015. The newspaper and its students also received from ACP National Story of the Year awards in 2000, 2003 and 2009 and national Pacemaker awards in 2004 and five All-American awards since 1998.