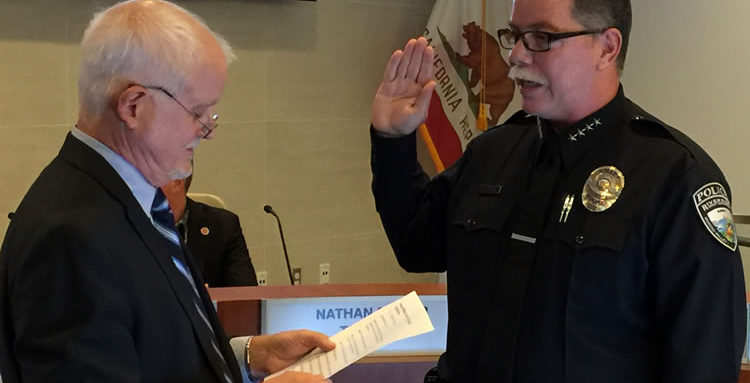 Riverside, CA – Robert Gunzel, a 30-year law enforcement veteran, has been selected as the Riverside Community College District police chief. The RCCD Board of Trustees approved his appointment at its Board meeting on October 18.

Gunzel comes to the RCCD from the Orange County Sheriff where he earned the rank of lieutenant. His last assignment with the Sheriff’s Department was as chief of police services for the city of Villa Park.

As chief of police, Gunzel is responsible for the District police department which provides policing across the three college campuses, the District office facilities and other education centers 24-hours a day and seven-days a week.

“We are excited to name Robert as the District’s new chief of police,” Chancellor Michael Burke said. “His experience and knowledge will enhance our District’s policing program as we continue to provide a safe learning environment for students, faculty and staff.”

Gunzel is an accomplished leader in organizing and supervising a diverse workforce and specialized law enforcement units. He is a highly-decorated officer, having earned the Medal of Lifesaving (2007), the MADD California Hero Award (2003) and the Tustin Rotary Club Deputy of the Year (1999) award.

He holds a bachelor of science degree in Workforce Education and Development from Southern Illinois University. Gunzel, who resides in Riverside, replaces Colleen Walker, the former Riverside County Undersheriff who served the District’s interim chief of police after the retirement of James Miyashiro in 2015.