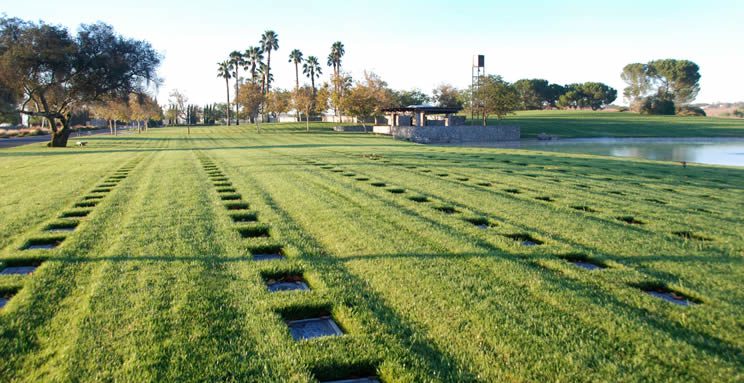 “With Riverside National Cemetery becoming the most utilized National Cemetery, it was evident we had to make arrangements to support the growing needs of our Veterans and their families,” said Under Secretary for Memorial Affairs Randy Reeves. “The additional acreage will ensure our Veterans have access to the benefits they have earned and deserve.”

The VA purchased land adjacent to Riverside National Cemetery, which includes the General Old Golf Course at March Air Reserve Base, from the March Joint Powers Authority for $12.5 million. The golf course will continue normal operations and remain open for the foreseeable future.

Riverside National Cemetery was established in 1976 through the transfer of 740 acres from March Air Force Base, which was called the U.S. Army’s Camp William G. Haan during World War II. The cemetery was dedicated on November 11, 1978, with the burial of U.S. Army Staff Sergeant Ysmael R. Villegas, who posthumously received the Medal of Honor for his actions during World War II.

VA operates 136 national cemeteries and 33 soldiers’ lots and monument sites in 40 states and Puerto Rico. More than 4 million Americans, including Veterans of every war and conflict, are buried in VA’s national cemeteries. For Veterans not buried in a VA national cemetery, VA provides headstones, markers or medallions to commemorate their service. Information on VA burial benefits is available from local VA national cemetery offices, online at https://www.va.gov/burials-memorials/ or by calling VA regional offices toll-free at 800-827-1000. To make burial arrangements at any open VA national cemetery at the time of need, call the National Cemetery Scheduling Office at 800-535-1117.