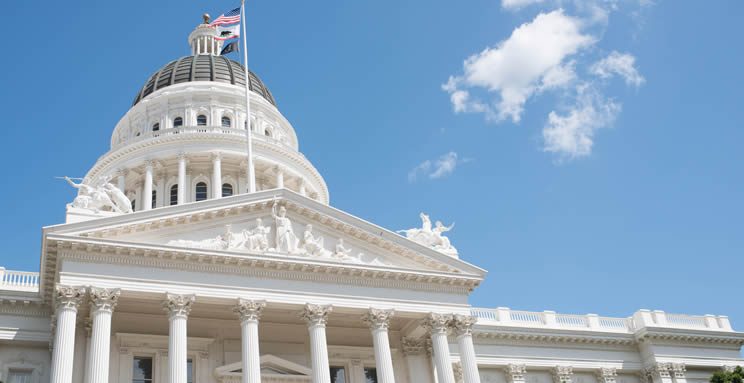 The following is a balanced response from two of our Inland Empire elected leaders from each party on Governor Newsome’s State of the State Address on February 12th, 2019.

“As the Chair of both the California Legislative Women’s Caucus and the Senate Education Committee—and a member of the Senate Budget Committee—I appreciate Governor Newsom’s leadership and commitment to increasing investments in education and ensuring accountability for all public schools.  We must make sure that our education system works for all students so that they can access the American Dream for themselves and their families.”

“As I have worked on removing dangerous lead from water in schools over the last several years, I welcome the Governor’s commitment to improving water quality in communities and schools across California.  No child should ever have to drink polluted water.”

“During these polarized political times, I appreciate that the Governor continues to stand up for California’s values of inclusion and uplifting others.  We will never back down from a just and moral fight, but we will also do all we can to help provide the resources that our residents and local communities need.”

“Listening to Governor Newsom today gives me hope for the future of the Inland Empire,” said Assemblymember Ramos (D-Highland). “I applaud Governor Newsom’s plan to tackle the homelessness crisis with funding devoted to housing and supportive services such as mental health and addiction. His request for more transparency in our school systems is promising as we move to prevent social bullying and aid homeless youth. Budgetary funding to incentivize housing construction will be a benefit to workers and families looking for affordable housing. I am encouraged by Governor Newsom’s dedication to boost apprenticeships and training to foster a skilled workforce for our evolving economy. Lastly, Governor Newsom’s plan to expand the California Earned Income Tax Credit to 1 million more Californians will put money back into the wallets of working people and stimulate the economy in the community. I look forward to what we can accomplish for the Inland Empire.”

“The governor’s remarks were filled with platitudes and promises that all amount to a more expansive and intrusive government at the expense of taxpayers.

“On one hand, he takes something off the table, then puts it right back on. The governor says he disagrees with high-speed rail, but still proposes to spend billions of dollars more on the failed project. He wants to ‘hold contractors and consultants accountable’ for cost overruns, which they should be, but missed the opportunity to hold accountable the worst violator of all: government.

“Further, the governor’s vision for state-run health care, if implemented, would cost an estimated $400 billion, yet Democratic leaders still have no plans on how to pay for it. What is clear, however, is that it would amount to massive tax increases at a time when millions of Californians can barely afford to live here.

“The governor also failed to address other major issues including a decline in public safety due to the release of over 50,000 criminals because of realignment and Propositions 47 and 57. He ignored $1.3 trillion in debt and $400 billion in unfunded public pension liabilities. Yet he still found room to promote a water tax, even though his state budget projects a $21 billion surplus.

“Our priority has to be making our communities safe while letting Californians keep more of their hard-earned money to choose how they invest in their futures.”

“The Governor acknowledged the need for CEQA reform, a plea made by Republicans for years. We should once and for all halt the practice of giving billionaires financial breaks with CEQA exemptions so they can build sports arenas, and start giving those financial breaks to struggling Californians. No more giveaways to wealthy team owners.”

InlandEmpire.US has always taken a nonpartisan approach to politics and political stories. We have and will never accept campaign advertising. We do not post political statements unless they are balanced out by the other side. We do not have an editorial board, nor do we endorse any candidates.