San Bernardino Symphony to celebrate with a “Spring String Fling” 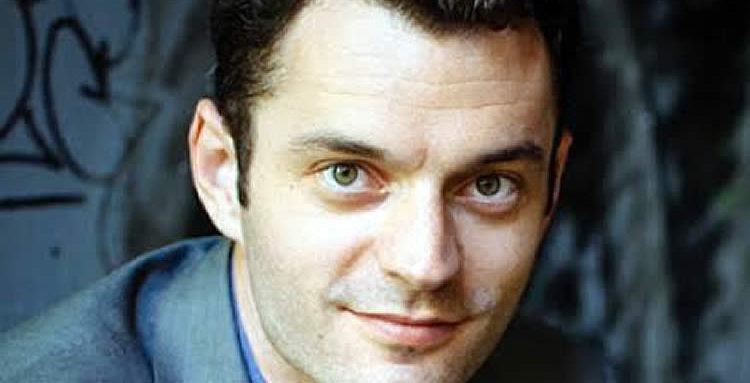 San Bernardino, CA – The up-coming fourth installment in the San Bernardino Symphony Orchestra’s 88th consecutive season, “Spring String Fling,” will be presented on March 18, 2017, at the historic California Theatre of the Performing Arts. The baton drops at 7:30 p.m. on a concert inclusive of compositions by Bach, Shostakovich, and Tchaikovsky.

“After all the rain we have experienced this year, an evening full of light and lovely music is clearly what we need,” said Symphony Maestro Frank Paul Fetta, adding, “We hope this concert will serve to uplift the spirits of all in attendance!”

The orchestra will open with Tchaikovsky’s Serenade for Strings in C major, Op. 48. Presented in four movements, the piece begins in a manner reminiscent of Mozart’s classical sonatina style, with a slow, melodic introduction. But the opus evolves through the second and third movement taking the listener on a musical journey inclusive of a number of double-stopping in the violins and violas, forming towering chordal structures. The second movement, in fact, has been identified by some as the best of all the composer’s works. The third reaches soaring counterpoints, then closes reflective of the darker voice found in the composer’s last three symphonies. The introduction’s mood returns the coda of the fourth movement, seamlessly tying the entire work together.

A native of Belgium, Vanhauwaert made his official U.S. solo debut with a recital for the Jacaranda series, where he was hailed by the Los Angeles Times’ Mark Swed for his ‘impressive clarity, sense of structure and monster technique.”  Since then, he has appeared in solo recitals around the world and frequently tours China, where he received great critical acclaim for his solo recitals at the renowned National Center for the Performing Arts.

He is the recipient of the Maurice Lefranc award, the Galiot Prize, and the Grand Prize at the 2004 Los Angeles International Liszt Competition. His  discography includes a solo album with works by Schumann, Schubert, Liszt, Chopin, and Debussy; two 4hand-discs featuring arrangements of Stravinsky’s popular ballets Petrushka and the Le Sacre du Printemps, as well as works by Satie, Ravel, Poulenc and Casella, and several other highly praised contributions.  His solo disc, Dispersion, with works by works by Schulhoff, Casella, Hindemith, Vierne, and a world premiere recording of the piano sonata by Belgian composer Raymond Moulaert was also recently released.

Many of this Steinway artist’s performances have been broadcast live on networks such as K-MZT, K-USC, K-PFK, W-FMT, RTBF, WTV, PBS, Radio4, and KLARA and he will be featured in a documentary on creativity for the German/French channel ARTE. He is frequently invited to give lecture recitals and master classes in universities throughout the world. He is the co-director of the Unbound Chamber Music Festival in Mammoth Lakes, a 3-week long summer festival featuring guest artists from around the world.

The Bach was scored for a small orchestra including a harpsichord, violin I/II, viola, and cello and, in fact, audiences will notice smaller than usual orchestral composition, with just 30 musicians on the stage. Scholars of the composer generally assume this selection is based on a lost violin concerto by Bach, because, as John Butt writes: “it contains many passages suggestive of string-crossing and of figuration based around open strings.” Butt adds: “if this is indeed the case, it [was] Bach’s most virtuoso violin concerto.”

Completed in 1933, the Shostakovich was, in fact, an experimentation with a neo-baroque combination of instruments. It premiered on October 15, 1933 in the season opening concerts of the Leningrad Philharmonic Orchestra with the composer at the piano. Despite the title, the work also highlights the trumpet with trumpet parts frequently taking the form of sardonic interjections, leavening the humor and wit of the piano passage work.

Years after he wrote this concerto, Shostakovich recalled that he had initially planned to write a piece for trumpet and orchestra, and then added the piano to make it a double concerto. As he continued writing, it became a piano concerto with a solo trumpet. Look for outstanding Symphony trumpeter Dave Scott taking the trumpet lead.

“We believe audiences will love Steven’s mastery of these two beautiful compositions,” said Maestro Fetta. “I have never heard them rendered as sensitively as by this outstanding young musician.”

Attendees at the March 18 evening concert may also attend the Symphony’s “Meet the Composers” pre-concert event featuring members of the Inland Valley Repertory Theatre Company. All pre-concert events begin at 6:30 p.m. and are included with your ticket.

One additional concert is planned for the 2016/17 season.

On May 14, 2017, the Symphony will perform 3 p.m. matinee – “Music for an Elegant Afternoon” – in honor of Mother’s Day. Symphony principal flutist Patricia Cloud will be the featured soloist for Ibert’s Flute Concerto. The concert will also include Schubert’s Symphony No. 6 in C Major, “The Little Symphony” and Beethoven’s Symphony No. 1 in C major.

Tickets may be purchased online at www.sanbernardinosymphony.org or by calling the box office at (909) 381-5388, and, with limited availability at the Theatre Box Office on the date of each event. Single ticket prices are $25, $40, $50, and $60, depending on seat location; students and military with ID are always $10.  Contact the box office to obtain a new season brochure. All regular season concerts are performed at the historic California Theatre of the Performing Arts, 562 W. 4th Street, San Bernardino.