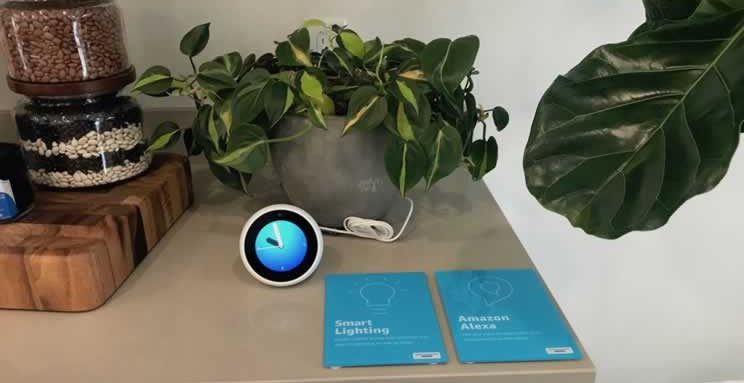 The newly opened apartment community has installed Amazon’s Alexa voice-controlled devices in all 324 of its units, allowing residents to automate daily tasks such as turning lights on and off, adjusting the thermostat, answering the doorbell and even ordering a pizza.

The system offers hands-free convenience, added security and energy savings that can add up to hundreds of dollars per year.

“Smart home technology is changing the way homes and entire communities are built and designed. We believe the rental market holds tremendous promise when it comes to incorporating smart devices and virtual assistants into the living space,” said Randall Lewis, Executive Vice President of the Lewis Group of Companies, developers of the Santa Barbara apartments.

Father-of-two Dennis Hollingdrake was so happy with the system that he installed two additional Amazon Echo Dot devices in his children’s rooms.

“It’s really simple, especially after you’ve played with it a little,” said Hollingdrake, who had never used smart-home technology before moving into Santa Barbara. “The hardest part is saying ‘Alexa’ before giving it a command.”

The smart-home system at Santa Barbara has four major components:

Although smart-home technology is one of the fastest-growing consumer segments within the housing industry, it is unusual for an entire apartment community to be so equipped. Building those features in, however, creates an even greater sense of security by ensuring that no one individual unit can be accessed from another.

The Santa Barbara apartments are located across the street from Chino Hills High School and feature 1-4 bedroom units priced from the $2,000s to the $3,000s.