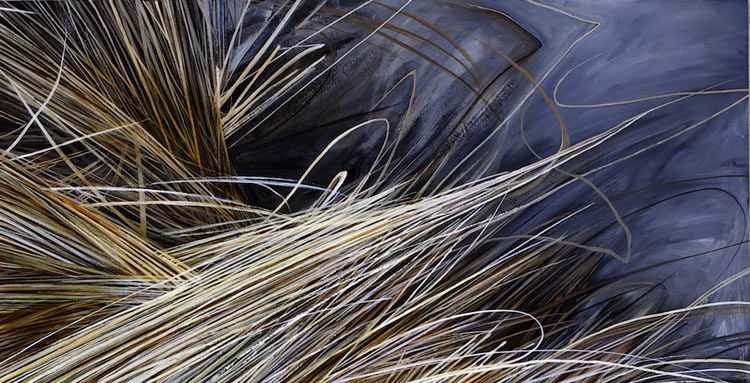 Riverside, CA – The Riverside Art Museum (RAM) is proud to announce the appointment of Todd Wingate as Curator of Exhibitions and Collections at the Riverside Art Museum. In this position, Wingate will oversee the museum’s annual exhibition programming, RAM’s permanent collection, and acquisitions. His first two exhibitions as RAM’s Curator of Exhibitions and Collections, Sit By Me | Chairs by Sam Maloof, Mike Johnson, Geoffrey Keating, Laura Kishimoto, Laura Mays, Brandon Morrison, and Reed Hansuld and Land/Sky | Paintings by Karen Kitchel and Eric Nash, open with a special joint reception with the artists on Friday, October 28, 2016, from 6 p.m. – 8 p.m. 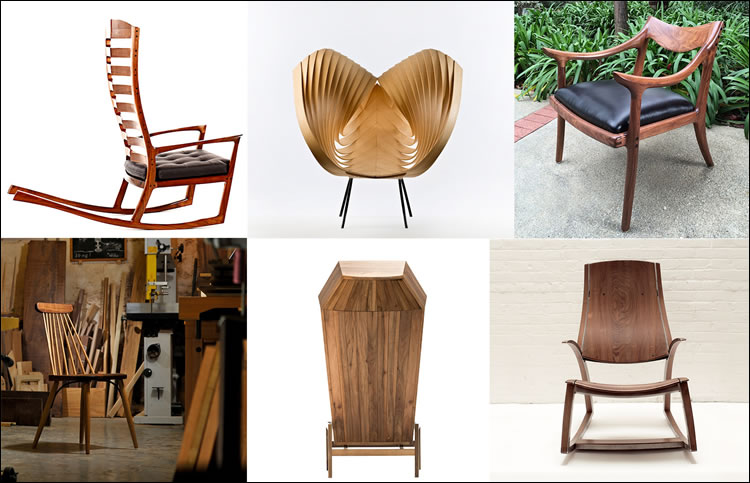 Sit By Me runs October 29, 2016 – January 24, 2017. Sam Maloof, considered to be one of the finest American woodworkers of the 20th century, has inspired generations of woodworkers and furniture makers. Sit By Me brings the chairs of six modern furniture makers and designers side by side with Maloof, celebrating fine craftsmanship and the juncture between human creativity and manufacturing. Sit By Me is part of a yearlong centennial celebration of the life of woodworker Sam Maloof. 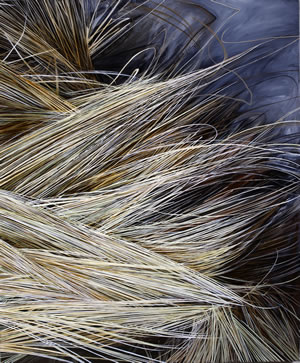 “We are beyond thrilled to have someone of Todd’s caliber join our team at the Riverside Art Museum,” says Drew Oberjuerge, RAM Executive Director. “The Board of Trustees and staff have put together an ambitious strategic plan for the next few years, and Todd’s intellect, experience, creativity, and talent will lead us to new places!”

“This is such a great time to be joining RAM,” says Wingate. “The vision of the staff and trustees to expand our ability to provide arts experiences for our community and their deep understanding of the important role the museum has in serving our community is what intrigued me the most about joining RAM – but getting to work with amazing artists has its perks, too.”

Prior to coming to the Riverside Art Museum, Wingate served as the Assistant Dean of Students at the University of California, Riverside. He spent a total of 18 years at UCR and originally arrived there to direct the performing arts program and curated 15 seasons, presenting artists across multiple art forms, including authors Maya Angelou and David Sedaris, musicians Philip Glass, Laurie Anderson, and Kronos Quartet, choreographers Bill T Jones, Twyla Tharp, Alvin Ailey, and popular groups, such as Los Lonely Boys, Los Lobos, Dianne Reeves, and Perla Batalla. While at UCR, he was responsible for oversight of the construction and management of the $55 million Highlander Union (UCR’s student union) and developed and produced the Heat Music Festival, a multistage rock, electronic, and hip hop festival with an annual attendance of over 13,000.

Before arriving at UCR, he served as Assistant Director of the Riverside Arts Council with oversight of development, grant making, and arts education programs. Wingate has also owned an art gallery and interior design practice. An experienced grant maker, he has served as a grants panelist for the National Endowment for the Arts, the California Arts Council, and the Los Angeles County Arts Commission.

The Riverside Art Museum integrates art into the lives of people in a way that engages, inspires, and builds community by providing high quality exhibits and art education programs that instill a lifelong love of the arts. RAM relies on the generosity of members and donors to support its exhibitions, education programs, and special events. A 60-plus-year-old, non-profit cultural arts institution housed in a National Historic 1929 building designed by Hearst Castle and AIA Gold Medal-winning architect Julia Morgan, the museum welcomes over 50,000 visitors a year. The museum is open Tuesday – Saturday, 10:00 a.m. – 4:00 p.m. and Sunday, 12:00 noon – 4:00 p.m. For information on exhibits, events, classes, memberships, or sponsorship opportunities, visit www.RiversideArtMuseum.org. Find us on Facebook (www.facebook.com/riversideartmuseum), Twitter (RAMRiverside), Instagram (@riversideartmuseum), and Pinterest (www.pinterest.com/ramarts).

Sit By Me Title Sponsor:  Gresham | Savage: Attorneys at Law