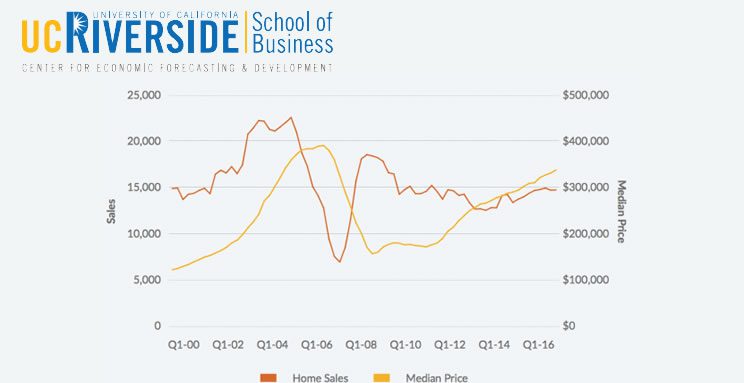 Riverside, Ca. – According to a new analysis released today by the UC Riverside School of Business Center for Economic Forecasting and Development, there are no signs of a bubble in sight and this year may be the best opportunity in a long time for first-time buyers and others to become homeowners.

The new analysis suggests that when the next recession does materialize it is unlikely to be as severe as the last downturn in part because of the Inland Empire’s economic growth and fundamental changes in the local economy.

Although the median price of a home still falls short of its pre-recession peak, the Inland Empire’s housing market has registered steady gains ever since the recovery began in earnest. Since 2011 prices have doubled in the area and given economic and housing market fundamentals, many Inland Empire communities are expected to surpass their pre-recession price peak this year.

“Arguably, the local housing market has underperformed in the current expansion. While home prices have risen, home sales have moved sideways in recent years and construction has fallen short of needs,” said Robert Kleinhenz, executive director of research at the Center for Economic Forecasting and Development and the report’s author. “But in recent quarters construction activity has ramped up and expected increases in interest rates lend new urgency to would-be buyers. Given these developments and the fact that the Inland Empire will be the fastest growing part of Southern California over the next several years, we expect more households to take advantage of the region’s housing options and better affordability.”

Kleinhenz says the importance of attracting younger households and first-time buyers is critical because young households who will make up the future workforce of the region. According to the analysis, the Inland Empire continues to enjoy a strong affordability advantage over neighboring Los Angeles, Orange, and San Diego Counties.

The University of California, Riverside is a doctoral research university, a living laboratory for groundbreaking exploration of issues critical to Inland Southern California, the state and communities around the world. Reflecting California’s diverse culture, UCR’s enrollment is now nearly 23,000 students. The campus opened a medical school in 2013 and has reached the heart of the Coachella Valley by way of the UCR Palm Desert Center. The campus has an annual statewide economic impact of more than $1 billion. To learn more, call (951) UCR-NEWS. 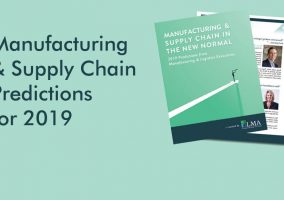