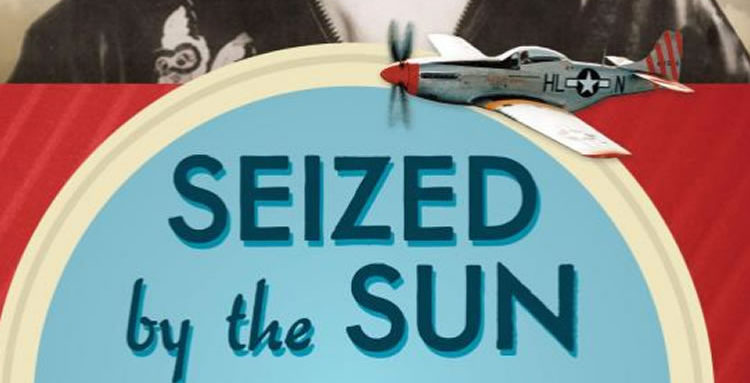 Riverside, Calif. – March Field Air Museum is proud to welcome award-winning author James W. Ure who will make a special presentation based on his book titled Seized by the Sun: The Life and Disappearance of World War II Pilot Gertrude Tompkinson Friday, August 4, 2017.  Beginning at 11 a.m., Ure will read compelling excerpts from his book – in part a historical account of the WASP (Women Airforce Service Pilots) program – as well as provide up-to-date information about the continuing search for Ms. Tompkins’ missing P-51D fighter plane. After the presentation, there will also be an opportunity for guests to ask questions of Ure, who has interesting and thought-provoking perspectives to share after 17 years spent researching the topic and conducting interviews for the book. Published by Chicago Review Press, Seized by the Sun is part of their Women of Action Series that introduces readers to women and girls of courage and conviction throughout the ages.

As background, of the 38 WASPs confirmed or presumed dead in World War II, only one – Gertrude “Tommy” Tompkins – is still missing. On October 26, 1944, the 32-year-old pilot departed from Mines Field in Los Angeles, never to be seen again. Seized by the Sun is the story of the remarkable woman who overcame a troubled childhood and the societal constraints of her time to find her calling flying one of the fastest fighter planes of World War II.

As an additional opportunity for Museum guests attending the book signing event and interested in learning more about the topic, a number of artifacts from the collection of Charley Fried – another World War II WASP – is on exhibit at the Museum.

The March Field Air Museum is located alongside Interstate Highway 215 at Van Buren Boulevard, just south of downtown Riverside and adjacent to March Air Reserve Base. It’s TripAdvisor’s top-rated attraction in Riverside, and a must-see destination for anyone interested in military aviation. Along with friendly docents, numerous exhibits and more than 70 military aircraft on display, the Museum grounds include the Heritage Courtyard featuring the Freedom Wall, Distinguished Flying Cross National Memorial, the West Coast War Dog Memorial, the 15th Air Force Wall, and the P-38 Lightning Memorial. The special Seized by the Sun presentation and book signing event is free with Museum admission (adults are $10, children ages 5 to 11 are $5, and children four years and under are free as are museum members and active duty military). For more information about the March Field Air Museum, please call 951-902-5949 or visit www.MarchField.org.

About March Field Air MuseumThe March Field Air Museum is a nonprofit educational institution dedicated to promoting an understanding of humanity’s reach for the skies and March Field’s pivotal role in the development of flight. Accredited by the American Alliance of Museums and rated the #1 Attraction in Riverside by TripAdvisor, the museum is open Tuesday through Sunday (check website for hours of operation; these are changing starting May 2017!). Located alongside Interstate Highway 215 at Van Buren Boulevard, the March Field Air Museum is just south of downtown Riverside and adjacent to March Air Reserve Base, and features interactive exhibits highlighting the people, technology and history of Southern California military aviation history. More than 70 aircraft are displayed, ranging from the world’s fastest manned air-breathing aircraft (the SR-71 Blackbird) and a modern-day MQ-1 Predator (remotely piloted aircraft), to early examples of military aircraft, to some of America’s most iconic military planes including World War II bombers. For more information about the museum, visit www.MarchField.org or call (951) 902-5949. 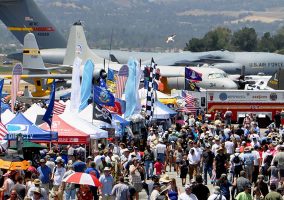