Event to Commemorate Bob Hope and the USO

RIVERSIDE, Calif. – On Saturday, October 8, 2016, the March Field Air Museum will host a unique fundraising event, featuring an evening of fun and festivities. The public is invited to show its support for the museum while having a great time! The MASH Bash is the museum’s largest annual fundraiser, featuring music and live entertainment, food samples from local restaurants, and a no-host bar – all set within this incomparable Air Museum and its engaging exhibits. 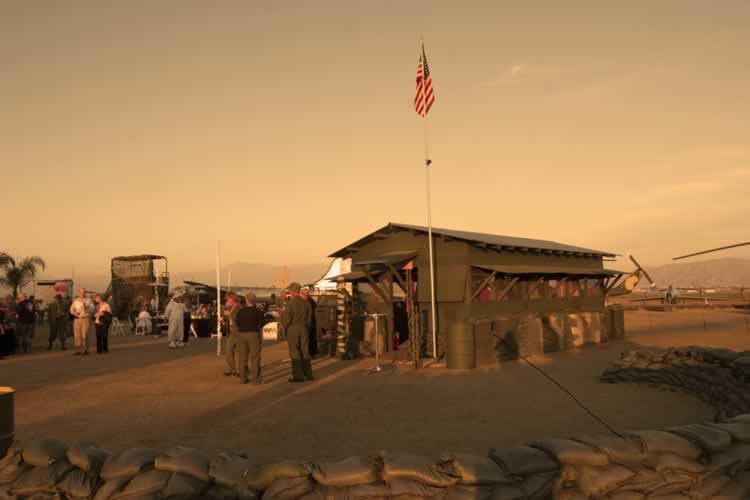 For 2016, the MASH Bash has a unique theme: “Celebrating 75 Years of Bob Hope and the USO.” Join the fun as a talented Bob Hope impersonator performs a re-created USO show for our nation’s military personnel. This fun-filled event commemorates history: Right here at March Field (today’s March Air Reserve Base), 75 years ago, Bob Hope performed his very first-ever USO show! The USO itself was formed that same year—1941.

Tickets include event admission, silent auction, live entertainment, food samples from local restaurants, plus a no-host bar. Two complimentary drink coupons are included with each ticket. Come dressed as your favorite character from television’s beloved M*A*S*H series and be part of the costume contest; experience “Rosie’s Bar” set in the museum’s Vietnam War-era firebase area; enjoy popular tunes from the 1940s through the 1960s; and get your picture taken too!

Purchase your tickets today, and help the March Field Air Museum as it strives to improve its facilities, programs and exhibits for the benefit of all. Hurry, ticket prices are just $45 until September 8 ($55 starting September 9). To purchase tickets, visit www.marchfield.org and click on the MASH Bash poster on the home page. A small service charge will be added to your ticket price. Reserve yours now! The event runs from 6 to 9 p.m. on Saturday, October 8.

Event sponsorship packages are also available for the MASH Bash event. All proceeds from this event benefit the March Field Air Museum, a nonprofit education institution dedicated to promoting an understanding of humanity’s reach for the skies and March Field’s pivotal role in the development of flight. For more information about the museum, visit www.marchfield.org.

About the March Field Air Museum

The March Field Air Museum is located adjacent to the March Air Reserve Base, alongside Interstate Highway 215 at Van Buren Boulevard. Accredited by the American Alliance of Museums and rated the #1 Attraction in Riverside by TripAdvisor, the museum is open Tuesday through Sunday from 9 a.m. to 4 p.m. The March Field Air Museum strives to promote an understanding of humanity’s reach for the skies and of March Field’s pivotal role in the development of flight. More than 70 aircraft are on display, ranging from the world’s fastest manned air-breathing aircraft (the SR-71 Blackbird) and a modern-day Predator drone, to early examples of military aircraft, to some of America’s most iconic military planes including World War II bombers. For more information, visit www.marchfield.org or call (951) 902-5949. 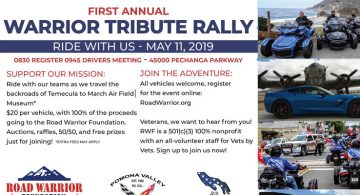 By Press Release
The Pamona Valley Corvette Association and the Road Warrior Foundation are joining forces to celebrate wounded veterans with a tribute ride comprising more than 35 vintage and contemporary Corvettes and... 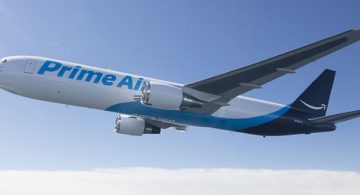 By Press Release
Today, Amazon announced plans to open a new air gateway at the March Air Reserve Base in Riverside, CA.  Amazon has been an active member of the Inland Empire business community for...