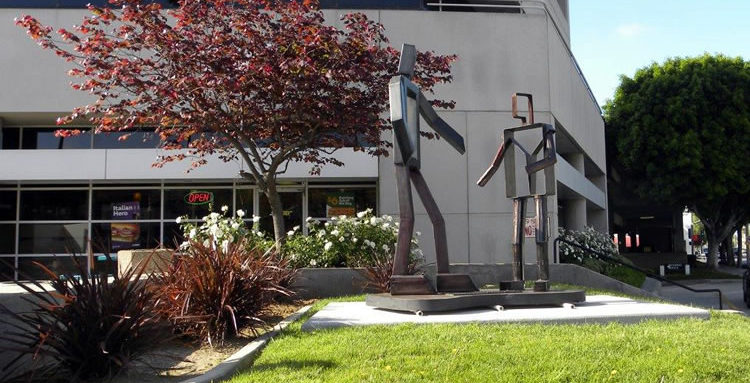 RIVERSIDE, Calif. – Downtown Riverside, which already is home to numerous pieces of public art on the Main Street Mall and elsewhere, has seen its collection increase by one. 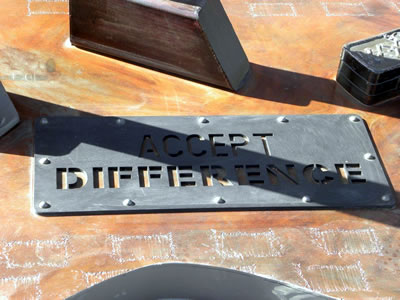 “Accept Difference,” a seven-foot metal structure that seeks to inspire moments of internal reflection, was installed recently near the intersection of Market Street and University Avenue.

The artist, Riverside native Louie Tozser, described the work as conveying “a friendly invitation to look into ourselves, and to remind us the better we understand each other, the smoother society will progress.”

The large, metal figures feature human forms that are easily identifiable as such, but they lack hands – for a reason.

“They cannot physically hold anything, forcing them to use their open minds for solution, allowing intellect and logic to prevail,” Tozser said.

Mayor Rusty Bailey said the artwork conveys the core values of the City of Riverside.

“In Riverside, we are diverse, we are inclusive, we are committed, and we are proud,” Mayor Bailey said. “I look forward to ‘Accept Difference’ spurring additional dialogue about what it means to be a Riversider.”