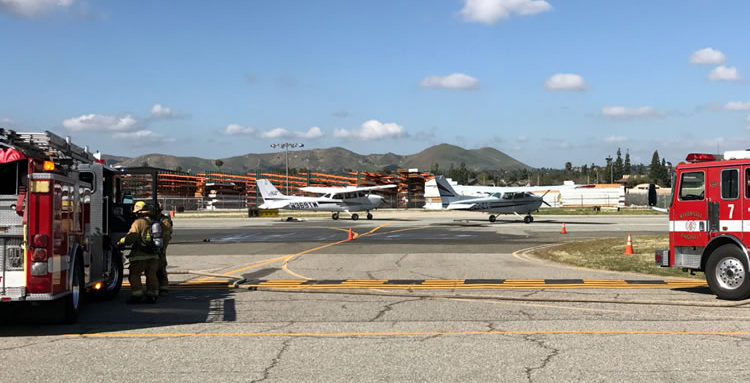 “The FAA does not require simulated crash training at private airports,” said airport General Manager Kim Ellis. “It’s important to train on incidents to be prepared.”

The planning for this simulation began about a year ago. It was in place prior to the recent airplane crash that claimed three lives, destroyed one private residence and damaged two others. The initial drill was conducted on a “tabletop” simulation. Today, the incident was enacted on the runway in real time. Ellis plans on conducting simulated crash incidents on an annual basis.

Two engines, one ladder truck, one squad company and a battalion chief responded to the incident. American Medical Response sent one advanced life support ambulance and a line supervisor to the incident. The drill lasted approximately one hour. It concluded with a post incident review which included all personnel. The review highlighted what worked and what needed to be improved.