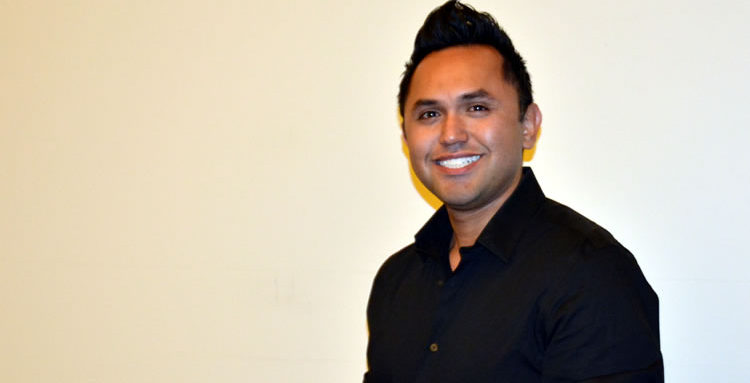 Riverside, CA – Murillo, 31, is being honored for his scenic design work with the Playwrights’ Arena, which is based in Los Angeles and was founded by Jon Lawrence Rivera in order to produce and direct original works by Los Angeles playwrights. Murillo’s work has also been featured at International City Theatre, New Village Arts Theatre, The Chance Theater, Deaf West Theatre, Wallis Anneberg Center for the Performing Arts, the Hollywood Bowl, and Performance Riverside.

[ecko_quote source=”Jodi Julian, Associate Professor”]Chris is one of the most creative designers I know. This award is only the first of many. We are lucky to have him at RCC.[/ecko_quote]

The Princess Grace Foundation Foundation continues the legacy of Princess Grace (Kelly) of Monaco who helped emerging artists pursue their artistic goals during her lifetime. In total, the Foundation is awarding over $1 million to artists in theater, dance, and film.

“Wining this award is a reaffirmation that the work I have spent so many hours/years doing matters and is important,” Murillo said. “As a result of this fellowship, I will be able to be a part of developing new plays by Los Angeles-based playwrights and supporting these new stories with a visual backdrop and design.”

Murillo, who began teaching classes at Riverside City College in 2014, grew up in Santa Ana and began working in and studying theater as an undergrad at UCLA. Originally, he set his sights on becoming an imaginer for Walt Disney Studios. However, as he progressed in his studies at UCLA he soon fell in love with the “perspective of design and its storytelling capabilities.”

“When I graduated from UCLA in 2007, I made the conscious choice to use my degree in order to work as a designer in theater,” he said. “My first job/contract coming out of undergrad was a job in a costume shop for an opera company in Orange County.

“I was always interested in art growing up. I took classes in drawing, painting and sculpture throughout school, however, I was drawn towards the collaborative nature of theater design. As a designer for theater, I have the privilege to work with several other artists to tell stories in front of a live audience.”

“Chris is one of the most creative designers I know,” said Jodi Julian, associate professor, Theater, and director of Performance Riverside. “This award is only the first of many. We are lucky to have him at RCC.”

Murillo says he hopes to continue teaching as well as working in scenic design.

“I have always wanted to be a set designer, creating the worlds in which actors inhabit and tell stories in,” Murillo said.” I have never truly had the desire to act or perform on stage professionally.

“As far as teaching, I hope that I pass on to my students an exposure and appreciation to design and theater as art forms. I also hope that they become more aware of the visual world in which they live in and realize that storytelling is an integral part of their everyday lives.”