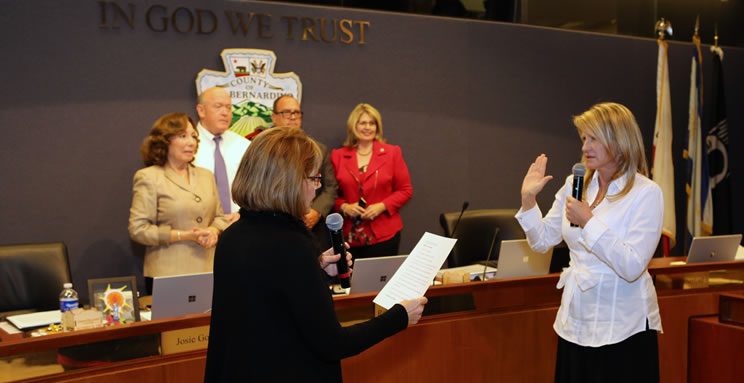 Appointed to the Board of Supervisors in December 2018 to complete the remainder of former Supervisor James Ramos’ term, Rowe has already cemented her status as a strong advocate for rural communities and lowering property taxes.

“I applied for appointment to the Board of Supervisors because I was frustrated with the business-as-usual approach that hurts the bottom line for families and job creators,” said Rowe. “The feedback I’ve received from Third District residents is that they find it difficult to access county services in rural areas, and I’ve been working hard the past eight months to make sure my constituents understand they have an advocate on the Board of Supervisors.”

An outspoken critic of the controversial FP-5 parcel assessment that was expanded into nearly all unincorporated communities of the county last year, Rowe voted to end the tax and put an alternative funding mechanism up to a vote of the people.

“If you go out and talk to people who are working hard to make ends meet, they will tell you that the way the FP-5 tax was implemented and expanded was wrong, and I wholeheartedly agree with them,” said Rowe.

Despite her recent appointment to the Board of Supervisors, Rowe is no stranger to challenging the status quo. Following the death of her husband, Marine Corps Capt. Alan Rowe, during combat operations in Iraq, she attempted to develop property in her hometown. However, after experiencing a number of project delays related to onerous building regulations, Rowe ran on a platform of streamlining government and was elected to a seat on the Yucca Valley Town Council.

“I’m not afraid to stand up and fight for what I believe in. Some candidates are attracted to public office because of the accolades and attention, but I’m here to get things done on behalf of my constituents,” added Rowe.

For more information, please visit her campaign website at RoweforSupervisor.com.