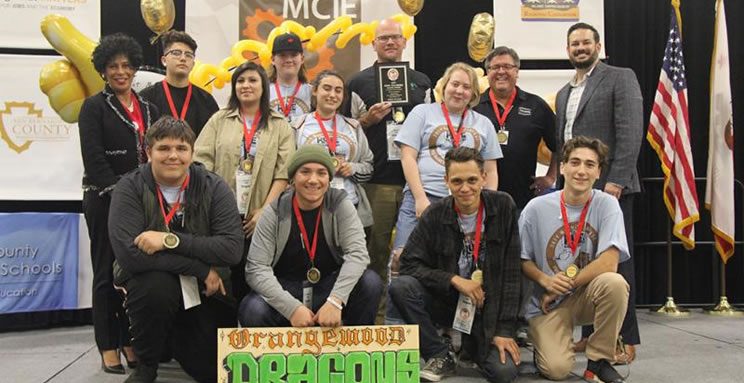 Riverside, CA – Top elementary, middle and high school teams were honored with awards at the third annual Inland Empire Rube Goldberg competition that was held on Feb. 13 at the Riverside Convention Center.

Twenty-five teams participated in three divisions of the competition, which was organized by the San Bernardino County Superintendent of Schools’ Alliance for Education/Student Events. The event allowed students to collaborate as a team to create a complex machine designed to achieve a simple task. This year’s competition was called, “Put Money In A Pig.”

So honored to represent @Tesla and meet the students and see the amount of innovation and enthusiasm for the @RubeGoldberg Machine Contest during @IEmanufacturing Manufacturing Summit yesterday! pic.twitter.com/E5SGAyF3DT

Below are results for each division by team name, school and district:

There also were community awards presented. They were:

The top division award-winning teams advance to the national Rube Goldberg competition that will be held in Indiana in April.