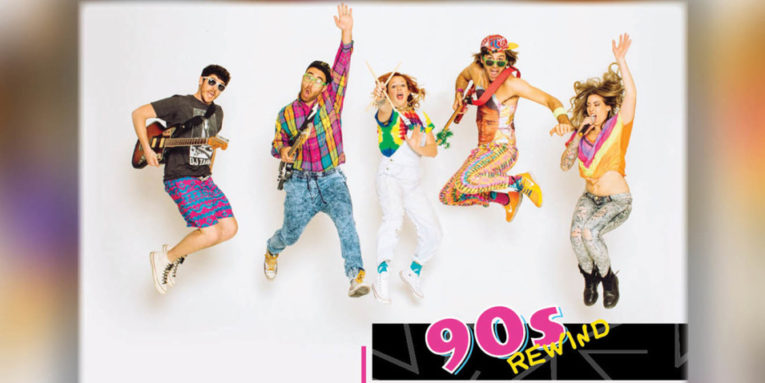 Riverside, CA – Saved by the 90s and ODM, the “Voice of Thee IE” from KGGI FM, headline the entertainment when Cal State San Bernardino and the Riverside Municipal Auditorium host the 90s Rewind — Summer Kickoff Party on June 15 to end the school year and to kick off the summer.

Saved by the 90s will bring back famous ’90s hits by Nirvana to No Doubt, while local legend ODM (a.k.a. “One Dope Mexican” or Robert Gutierrez), who performed with a Lighter Shade of Brown in the 1990s, will be there to help kick off the night as the special guest emcee.90s_Rewind_15June2017

’90s Rewind, which starts at 7 p.m. and runs through 11:30 p.m., will be a musical journey back to a decade when grunge and pop music exploded. Local DJs will add to the throwback atmosphere when they spin ’90s-era music out on the patio and inside the Riverside Municipal Auditorium, located at 3485 Mission Inn Ave. in downtown Riverside.

The event will also feature a ’90s costume contest with prizes for the best dressed. Party participants will also be able to capture the night in the time-traveling, flashback photo booth.

Tickets may be purchased at the CSUSB ASI Box Office (cash only), or online at 90s Rewind website at www.90s-rewind.com. General admission tickets are $9 for CSUSB students, faculty, staff and alumni, and $12 for the general public. VIP packages and upgrades are also available.

For more information, contact Jacob Poore of Coyote Advertising at jpoore@csusb.edu or (909) 537-3448.