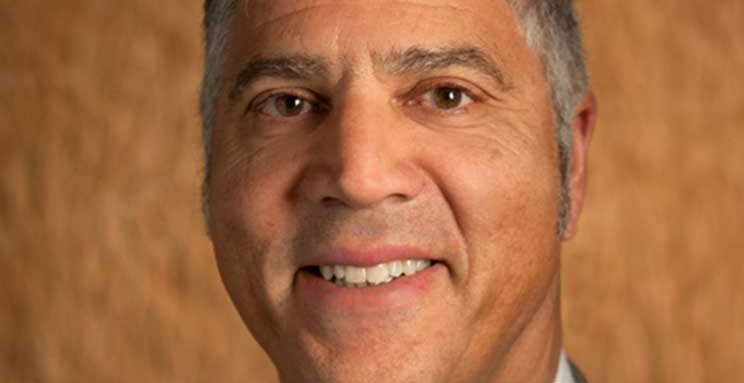 Big Bear Lake, CA — After 13 years proudly serving as the City of Big Bear Lake’s City Manager, Jeff Mathieu will soon be retiring. Mathieu came to Big Bear Lake in 2006 after an earlier 31 year management career primarily with the City of Santa Monica and the City of Long Beach.

During Mathieu’s lengthy tenure with the City of Big Bear Lake he has been responsible for numerous capital projects that have greatly improved the City’s overall infrastructure, such as major street improvements, constructing new trails, upgrading parks and adding the City’s majestic Boulder Bay Park that welcomes visitors at the City’s west entry.

In an effort to enhance the overall visitor experience and stimulate the local economy, Mathieu and his team embarked on the Village Renaissance Project to revitalize the Village “L” creating one of the City’s most popular attractions enjoyed by all. After the completion of this project the City has continued to make accessibility improvements to the Village by acquiring property that now provides additional parking lots and public facilities. The success of the Village Renaissance Project lead Mathieu to initiate the planning of the City’s next visionary development in the Moonridge Corridor setting the stage for another multifaceted leisure opportunity for visitors and residents to enjoy.

Mathieu also spearheaded the successful effort to receive voter approval of ballot Measures Y and YY at the November 2008 election, which provided for a 2% increase in Transient Occupancy Tax revenue strictly reserved for visitor serving recreation and infrastructure improvements. This accomplishment has created a sustainable local funding source for capital improvements. His foresight and conservative fiscal management was also instrumental in helping the City withstand the Great Recession without any significant impact to the City’s services provided to the community.

In addition, Mathieu has helped to create City practices that emphasize accountability, transparency and fiscal responsibility. His leadership style has instilled a high level of professionalism and a strong work ethic to the City’s culture, and in turn he has developed a strong and talented City workforce.

Over the years, he has built an excellent City organization that delivers top services to our residents and visitors. Mathieu is also credited with building strong relationships with regional, state and federal agencies that have proved useful over the years in gaining our mountain top resort community favorable interagency support and in receiving beneficial grant funding.

When asked to reflect upon Jeff’s time with the City, Mayor Randall Putz stated, “Jeff’s retirement is bittersweet. While we are happy for him in this next, and well-deserved, chapter of his life, we are nonetheless sad to see him go. We frankly are fortunate Jeff chose to cap off his distinguished career in Big Bear. Jeff’s significant contribution to the stability and effectiveness of our City will no doubt last long past his departure, and Big Bear Lake is a better place because of his tireless dedication to our community over the past 13 years. On behalf of the citizens, and the City family, I want to pass along a heartfelt thank you for the many ways he has helped us all as an exceptional public servant.”

Mayor Pro Tem Rick Herrick expressed his appreciation for Mathieu’s leadership as follows: “Jeff took on and completed, within budget and on time, countless City-wide enhancement projects, which I am personally so grateful for. His management style and ability to gather the best and brightest talent is truly his most significant contribution to our town. Thank you Jeff, you helped make our small mountain town a better place to live, work and play.”

Councilmember David Caretto echoed the Mayor and Mayor Pro Tem’s sentiment in his following statement, “It has been my distinct pleasure to work with Jeff Mathieu as a member of the City Council during the last 9 1/2 years. During that time our relationship has grown from a purely professional one to a true and lasting friendship. As a former City Manager, I have greatly admired his ability to manage, improve, streamline, and grow the City of Big Bear Lake organization; to establish valuable working relationships with many other organizations, both within and outside the Big Bear valley; to nurture and mentor members of the staff and grow them into a very efficient working operation; to complete many capital improvement and other types of projects which have made this City much better and the envy of the entire county; to become a leader and mentor among City Managers in the area; and to work closely and effectively with all of the members of the City Council to implement the City’s Vision and Mission. He will be greatly missed by the City Council, the staff and the entire community. Cindy and I wish him well in his retirement and congratulate him on a very successful and long career in public administration.”

Councilmember Bill Jahn, who was Mayor in 2006 when Mathieu was hired by the City Council, had this to say about Jeff’s announcement: “As someone with almost 20 years of public service and a successful career in home building, I’ve had the opportunity to work with local jurisdictions throughout Southern California on both sides of the Dais. I can honestly say I have never met a City Manager with Jeff’s talents, nor can I think of anyone who cares more about his City. We are truly blessed to have had him all these years and Big Bear Lake is a better place because of his leadership. As a friend I can’t be more excited for him, as a sitting Councilmember, we have our work cut out for us to find a replacement of his caliber.”

Councilmember Bob Jackowski joins his fellow Councilmembers expressing his disappointment regarding Jeff’s impending retirement, but indicated he is grateful for the many enhancements that were made to that City under Jeff’s direction over the last 13 years. He also acknowledged Mathieu’s distinguished career and wished him well in all of his future endeavors.

Mathieu anticipates retiring prior to the end of the year, but the exact timing of his departure will depend upon the transition of his replacement. The City Council is responsible for determining when and how to fill the vacancy that will be created by this retirement. Council will discuss this topic at a Special Meeting to be scheduled in the upcoming weeks.

The City of Big Bear Lake’s City Council and staff, thank Jeff Mathieu for his 13 years of outstanding and dedicated public service to our community and wish him all the best on his upcoming retirement.