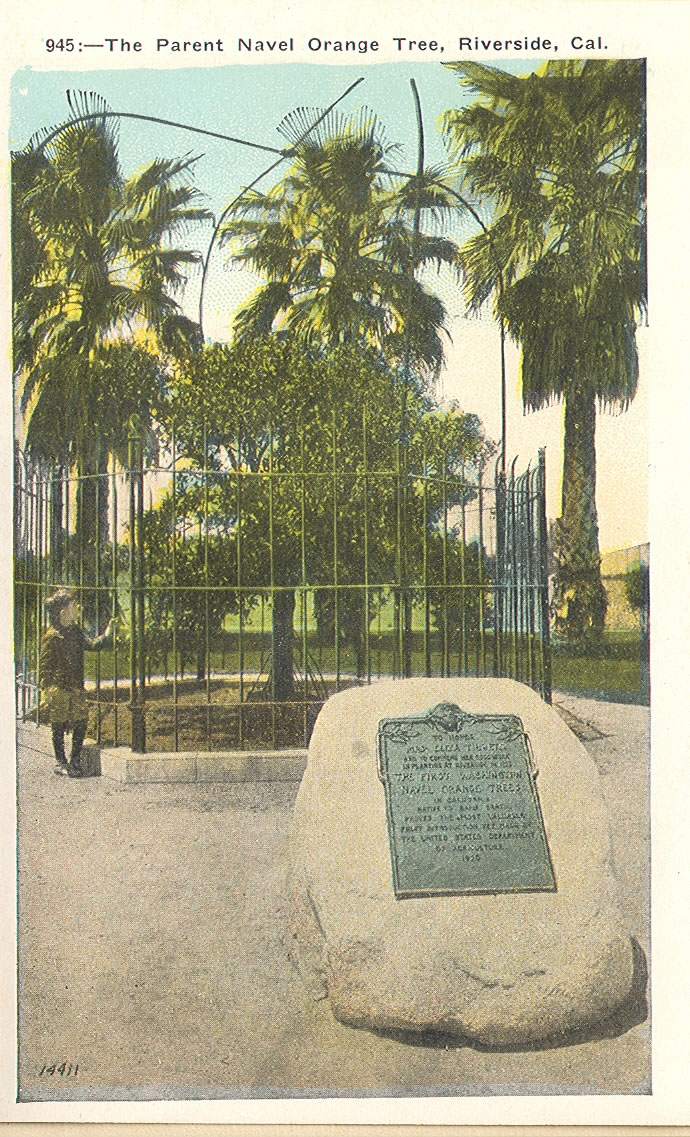 The area from Riverside to Redlands was knows as the “Famous Orange Belt” from the 1890’s through the 1930’s and beyond. This park preserves some of the rapidly vanishing days of the citrus industry.

In the early 1900s, an effort to promote citrus ranching attracted hundreds of citrus farmers to California for the “second Gold Rush.”

The design of the park is reminiscent of a 1900s city park. It has an activity center, interpretive structure, amphitheater, picnic area, and demonstration groves. The land contained within the park still continues to produce high-quality fruits.

In 1873, the U.S. Department of Agriculture forever changed the history of Southern California when it sent two small navel orange trees to Riverside resident Eliza Tibbets. Those trees, growing in near perfect soil and weather conditions, produced an especially sweet and flavorful fruit. Citrus Agriculture became a way to promote the warm and sunny, year-around climate of the Inland Empire. In the mid-1880’s the railroads provided affordable transpiration and the Southern California boom was on. Towns popped up everywhere, promoted by real-estate and business entrepreneurs. Cities like Redlands were built in just three years and is known as the only agriculture boom town. Meanwhile Riverside’s Mission Inn provided luxury tourist accommodations.

Location – Directions
The park is located in Riverside, one mile east of the 91 Freeway. In the Arlington Heights – Lake Matthews area of Riverside.