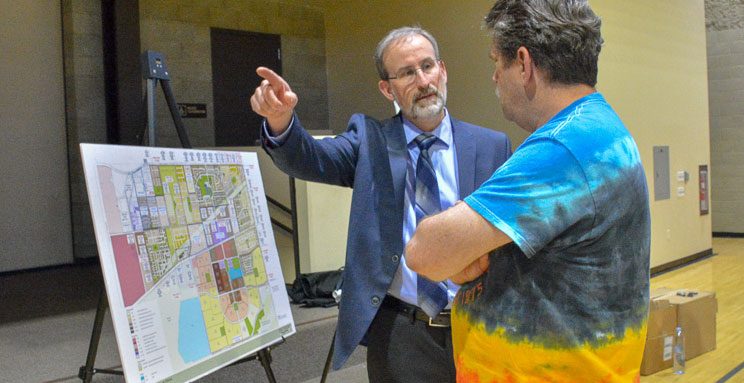 Chino, CA – The City of Chino held its first quarterly City Hall on the Move event last night, Thursday, April 24, at The Preserve in the Community Center. Staff from each of the City’s departments were in attendance to answer resident questions, provide City resources, and show the friendly faces behind City services. Chino Valley Fire District was well represented by several firefighters and community outreach staff. Also engaging with residents were Lewis Development and The Preserve HOA representatives, who provided information on The Preserve-specific activities and issues.

Over 60 residents, primarily from The Preserve, but from throughout the City, met City Mayor Eunice Ulloa and Mayor Pro Tem Tom Haughey. “This was such a great opportunity to meet residents and interact with them in an informal, fun environment. I was able to listen to resident’s concerns first hand and to dialogue on a variety of topics. I am already looking forward to the next one!” said Mayor Ulloa. 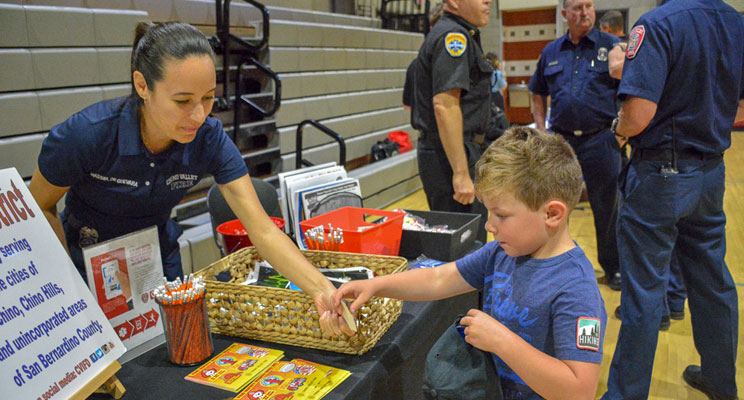 Residents learned about the differences between public and private streets (the former have green signs and the City enforces the vehicle code and maintains those streets; the latter have blue signs and are maintained by the HOA), that the City of Chino has 26 parks encompassing over 250 acres of park space, and that the most reported call for criminal activity in The Preserve, similar to other areas of Chino, is theft or burglary from a vehicle. In addition to information, City staff brought the fun – police officers played catch with young visitors and Community Services staff showed attendees why Pickle Ball is such a hit!

City Hall on the Move events will be held on a quarterly basis at different locations throughout the City, generally on a Saturday morning at a local supermarket or similar venue. 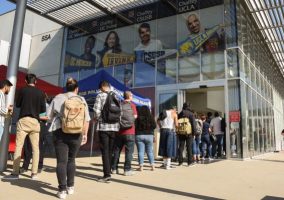