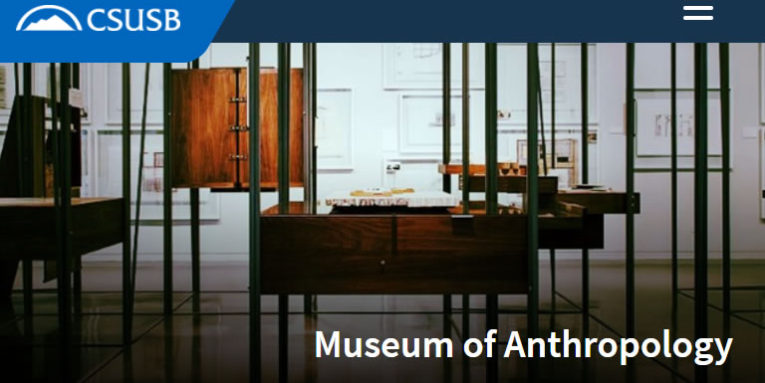 SAN BERNARDINO, Calif. — “In|Dignity,” a new curatorial project that aims to provide a safe environment for exploring and exploding intolerance that will go on display at Cal State San Bernardino’s Museum of Anthropology in January, has received a $20,000 grant.

The Mervyn M. Dymally African American Political and Economic Institute at Cal State Dominguez Hills announced the grant award in late July to Arianna Huhn and Annika Anderson, co-principal investigators for the project, and co-curators for the museum exhibit. Huhn is an assistant professor of anthropology and the museum’s director, and Anderson is an assistant professor of sociology.

“This grant allows us to present the stories and images of our African-American participants in the exhibition, conduct research, and develop a series of short plays that highlight their issues related to leading disadvantaged and marginalized lives in our community,” Anderson said. “We are grateful for the award and thrilled to use the grant to carry out this project to its fruition.”

A total of six grants were given, with $20,000 as the maximum grant award. “We are very excited to provide these awards to explore and document the impact of political, social and economic issues in African American and other disadvantaged communities,” said CSUDH President Willie J. Hagan when the grants were announced.

“In|Dignity” will open in January 2018 and will present biographical sketches and intimate portraits of 42 Inland Empire (San Bernardino and Riverside counties) residents, with special attention to “concealed stories” narrating the role of difference in shaping experiences, opportunities and identities.

“‘In|Dignity’ is a double entendre simultaneously reading as a single word – ‘indignity’ – and two separate words – ‘in dignity,’” Huhn said. “These two meanings capture precisely what the exhibition will explore: experiences with oppression, discrimination, and prejudice, and simultaneously the pride and self-respect that we must have for ourselves and for others facing such injustices.”

The indignities considered in the exhibition will be wide-ranging — the curators aim to include individuals who have experienced all manners of microaggressions, discrimination, prejudice, oppression or biases related to leading “non-normative” lives. The stories might include personal experiences with ableism, androcentrism, cisgenderism, Islamophobia, Eurocentrism, racism, heterosexism, educationalism, ageism, classism, colorism, size-ism, pro-natalism and other axes of life outside of the societal “norm.”

Anderson summed up the curatorial vision: “Telling and interacting with these stories is meant to inspire meaningful community conversations, and an emotional connection with one another that lends toward appreciation of the essential humanity that binds us all together. It is our hope that individual visitors will emerge from the experience with more empathy and insight for marginalized ‘others,’ and a pledge for making a difference in the community through open-mindedness and civic participation.”

The museum is located on the third floor of the university’s College of Social and Behavioral Sciences building, room SB-306. It is currently showing “Crafting Lives in the Americas,” an exhibition that explores the making and meaning of gendered “domestic crafts” in the Southwestern United States and Mexico.

There is no admission fee for the museum; parking at CSUSB is $6.