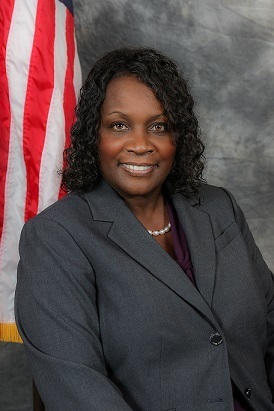 Fontana Mayor Acquanetta Warren is among 25 women elected leaders selected to participate in the Governing Institute’s Women in Government Leadership Class of 2018. The Mayor will be the only elected representative from the State of California participating in the year-long program designed to promote and support elected women leaders from across the nation. Each class is chosen from nominations submitted online at www.governing.com/wig.

“I consider this a huge honor for our entire city,” states Mayor Acquanetta Warren upon receiving notification. “The opportunity to be among 25 women leaders from across the United States and the only one from California says so much about our great City of Fontana.”

Mayor Warren remains focused on seeking opportunities to ensure Fontana has a voice on county, state and national issues. Her participation in the program will allow her to collaborate with elected leaders across the nation.

According to the announcement on September 19, 2017 from the Governing Institute, “The women in the Class of 2018 are subject matter experts, negotiators, civic activists and pioneers,” says Julia Burrows, director of the Governing Institute. “Each year, the program adds to a national network, with 25 new members who establish deep friendships, provide consultation and campaign support and recruit future female candidates. The common goals of gender parity and advancing good government forge a bond that rises above partisanship and will pay dividends for many generations.” View the Governing Institute press release for more program details and a complete list of the elected officials participating.

The 25 women in the program’s new class will be profiled in the February 2018 issue of Governing magazine and will participate in Governing events throughout the coming year. The Class of 2018 will gather for their first leadership conference November 4-5 in Phoenix, Arizona.