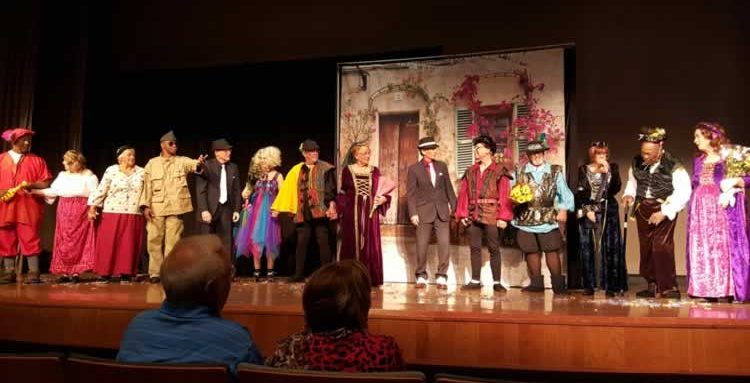 Fontana, Calif. – The City of Fontana Community Services Department’s Senior Center is thrilled to announce another stellar set of senior performances, by the Razzle Dazzle Acting Club, in the upcoming production of Fats Waller musical Ain’t Misbehavin’ taking place at the Steelworkers’ Auditorium on Friday, December 2nd and Saturday, December 3rd at 7:30 p.m. The Razzle Dazzle Senior Acting Club has talented performers with the average age of 70 glorious years. The group is redefining what it means to be a senior. Stage, film and TV Director Bob Rubel, still a kid at age 87, directs the show that features over eighteen nostalgic hit songs. Ain’t Misbehavin’ will be an evening of rowdy and humorous songs that encapsulate the various moods of an era. The original production netted Nell Carter (start of the sitcom Gimme a Break) a Tony Award in 1978.
The production will be held at the Steelworker’s Auditorium, a 332 seat, state-of-the-art performing arts venue located at 8437 Sierra Avenue, Fontana, CA 92335 starting at  7:30 p.m. on both Friday, December 2nd and Saturday, December 3rd. Tickets are available free of charge. You can obtain tickets by stopping by the Fontana Community Senior Center, 16710 Ceres Avenue, Fontana, CA 92335 or by calling (909)-854-5151. Latecomers without tickets will be accommodated. seniors.fontana.org.