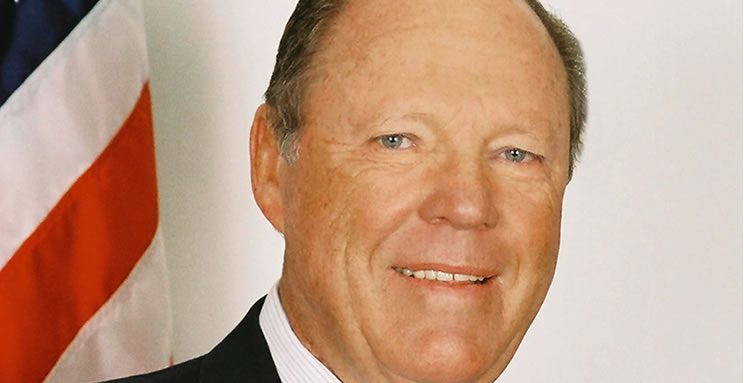 The dinner is scheduled Thursday, September 20, at March Field Air Museum at 5:30 pm. Individual tickets are $100 and sponsorship opportunities are available. Information can be found at http://www.mvc.edu/dinner/sponsorship.cfm. Proceeds from the President’s Dinner ensures and expands the College’s ability to advance education opportunities for future Valley leaders.

Ashley, who first was elected to the Board of Supervisors in 2002, will not run for re-election in November. A native of Riverside County, Ashley attended Perris High School, Riverside City College and San Diego State, earning a degree in Business Management. A certified public accountant, he served on the Riverside County Planning Commission from 1973 to 1981 and was elected to a seat on the Eastern Municipal Water District in 1992, serving until he won a seat as a county supervisor.

“Supervisor Ashley was a natural choice as a recipient of this award,” Robin Steinback, Ph.D., president, Moreno Valley College, said. “He is a proponent of education and remains dedicated to supporting students and STEM programs. His impact on the College and community will be felt for many generations. We are forever grateful for his wisdom, vision and leadership in this community.”

A member of a pioneer family in the Perris Valley, Ashley’s influence is evident throughout the Valley. He assisted in securing the land for Moreno Valley College. He is also responsible for building a Community Center and Park in Menifee and Cabazon; Big League Dreams and Perris-Menifee Aquatic Center in the Perris-Menifee area; libraries in Cabazon and Highgrove; childcare centers in Menifee and Cabazon: fire stations in Nuevo and Cabazon; a skateboard park in Cabazon; beautification projects in Highgrove and Romoland; and Mystic Field in Lakeview, as well as a number of transportation improvements in the Valley.

He and his family, consisting of his wife Mary, six children and 19 grandchildren, have donated hundreds of acres of land in the hills west of Perris to help create a permanent nature preserve.

Ashley has also been an advocate of the College through the Riverside County community improvement designation fund, supporting the College’s annual scholarship breakfasts, musical performance groups and other initiatives.

In 2009, Ashley was named Riverside City College’s Alumnus of the Year.