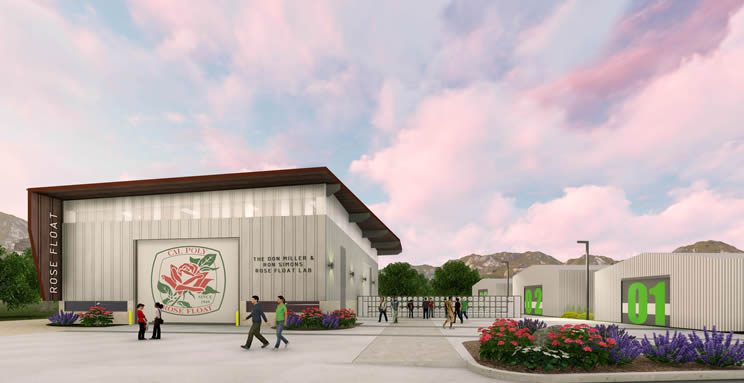 Pomona, CA – Cal Poly Pomona’s new Rose Float Lab and Design Complex will be named in honor of Don Miller and Ron Simons, alumni who jumpstarted and carried on the campus’ 70-year legacy in the Tournament of Roses Parade. The CSU Board of Trustees approved the naming before the lab groundbreaking ceremony, which will take place Saturday, Nov. 17.

Expanding across a third of an acre of land along Kellogg Drive and Eucalyptus Lane, the approximately 14,000 square-foot facilities will feature indoor and outdoor work spaces, including a fully enclosed float construction bay, electronics and hydraulic shops, storage facilities and a courtyard to host more than 100 volunteers. The estimated completion date is Winter 2020.

Alumnus Wilford “Butch” Lindley (’67, agronomy) and his wife, Vivien, donated a lead gift of $1 million to help fund the $3.7 million Rose Float Lab and requested to name the building after Miller and Simons, honoring their efforts in the award-winning program and exemplary polytechnic experience. Simons influenced Lindley to join the Rose Float program when he was a student, and he has been a member of the Alumni Association’s Rose Float Chapter for more than 40 years.

The Don Miller and Ron Simons Rose Float Lab will provide a collaborative working space for Cal Poly Pomona and San Luis Obispo students, staff and community to elevate their tradition of innovation in creating original floats to parade down the streets of Pasadena on New Year’s Day. 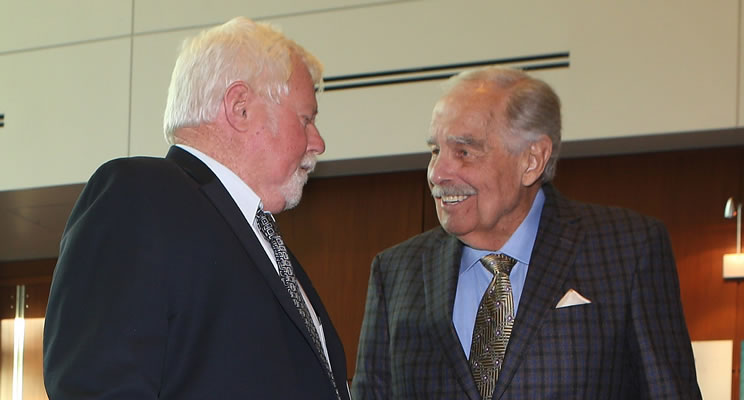 “The great things about being involved in the Rose Float at Cal Poly are the many opportunities to do things that you wouldn’t ever get the opportunity to do, whether it’s welding, construction, design or forming new ideas on how to use different materials or different organic products to be used on the float,” Lindley said. “I wanted students to continue to be involved in the Rose Float, and that’s why I wanted to invest in the new facilities.”

Lindley majored in agronomy and had a passion in vineyards. After serving in Vietnam where he earned a Bronze Star, he co-founded J & L Farms, Inc. in 1974. The company, along with Lockwood Vineyard, primarily raises and harvests grapes across nearly 6,000 acres in Northern California for wineries. He is also a partner in Coastal Wine Services, a wine and beverage storage and shipping facility that can hold more than 300,000 cases.

The Lindleys are committed to giving back and staying involved in their communities. Along with the lead gift for the new Rose Float Lab, they created the Wilford B. and Vivien Lindley Endowment in support of the Don B. Huntley College of Agriculture. Cal Poly Pomona recognized Lindley’s career achievements and involvement in the university with the 2017 Distinguished Alumni Lifetime Achievement Award.

“Cal Poly Pomona gave me the opportunity not only to get an education in agronomy. It gave me some pretty good life lessons too,” Lindley said. “You can get something from Cal Poly Pomona that you can’t get anywhere else. I think you just have a unique school that gives you a great opportunity to be you.”

The entrance of the lab will be accented with an 8-foot tall, 60-foot-long sculptural Legacy Fence that will display 18-inch-square stainless-steel tiles honoring Cal Poly Universities floats, each tile laser-engraved with the year, float name and awards, milestones or innovations showcased in that year.

The tiles will include the Cal Poly Universities Rose Parade debut on Jan. 1, 1949, “A Rocking Horse,” that came to fruition with Miller’s inspiration and drive, and the 1962 float, “Man on the Moon,” on which Simons rode as an astronaut in a spherical, rotating space shuttle that landed on the moon, seven years before Neil Armstrong’s epic accomplishment.

“The new Rose Float Lab brings together the dynamic elements of a polytechnic identity, including creativity, discovery, innovation and integration of technology, while also allowing us to continue the foundational, historical elements of the Cal Poly Rose Float that we have seen since 1949,” said Janetta McDowell, Rose Float director and an alumna who volunteered as a student. “All of these aspects of float building allow students to expand the reach and development of their education and career by applying their skills and knowledge in a collaborative work environment.”

Partnering with students from Cal Poly San Luis Obispo, the Rose Float program provides students a first-hand experience in float design, construction and decoration. Competing against professional float designers, the universities’ team has won 58 awards, including the 2018 Past President Award for the most outstanding innovation in using floral and non-floral materials.

Known for innovation, the universities were the first to use hydraulics for animation (1968), computer-controlled animation (1978) and fiber optics (1982). In 2012, they were the first to be certified as “California Grown” for using 85 percent of the fresh flowers from California growers. These awards and recognitions are credited to the commitment students bring each year to elevate the standards of what is possible in their float designs.

“Our Rose Float partnership with Cal Poly San Luis Obispo is one of our most cherished traditions, and one that perfectly epitomizes our inclusive polytechnic identity,” Cal Poly Pomona President Soraya M. Coley said. “The new Rose Float Lab will benefit generations of students, and we owe an immeasurable debt of gratitude to the Lindleys and everyone whose generosity helped make this facility a reality.” 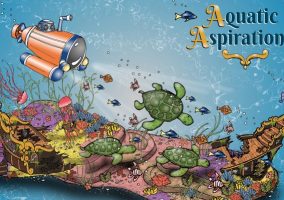 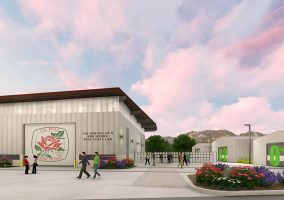 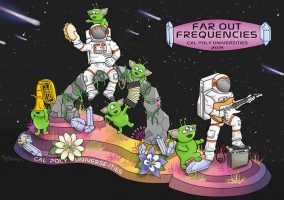 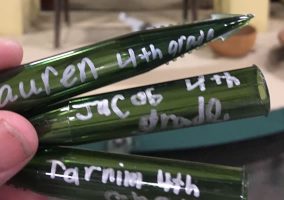