[ecko_quote source=”Greg Devereaux”]I wish to thank the Board of Supervisors, all of the County’s employees and the entire community for the opportunity to serve in this capacity,” Mr. Devereaux said. “It has been a great privilege.[/ecko_quote]San Bernardino, CA – 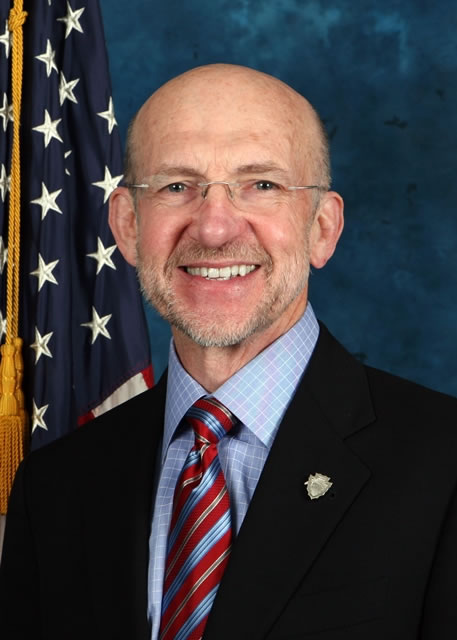 After nearly 40 years in public service, 25 of those years in the Inland Empire, Greg Devereaux announced today that he will retire from his role as San Bernardino County Chief Executive Officer by the end of the current fiscal year. Mr. Devereaux joined County Government in February 2010 after successful tenures as city manager in Fontana and Ontario.Under the terms of his contract, Mr. Devereaux will continue to work with the County for the next three years advising the Board and his successor on programs and matters affecting the County. He will also retain and expand his involvement in various academic endeavors and provide consultation to various local and regional government agencies.The Board hired Mr. Devereaux as County Government faced significant organizational and fiscal challenges. He has worked with the Board to redefine how San Bernardino County government operates, creating practices and processes that emphasize accountability, transparency and fiscal responsibility.“I was hoping to work with Greg throughout my chairmanship,” said Board of Supervisors Chairman Robert Lovingood. “Greg’s knowledge and ability to work with the Board to address the County’s challenges will be missed. He is well respected in the local government and business communities.”“Greg Devereaux is a man of integrity and intelligence who has served the people of this county admirably,” said Second District Supervisor Janice Rutherford. “His fiscal discipline and eagerness to tear down unproductive bureaucratic silos have allowed the county to return to its core functions as well as lead regional conversations about education, the economy and much more. As a Board member, I will miss his daily presence and as a friend, I wish him and his family the very best.”“Greg’s contacts in Sacramento and Washington and throughout Southern California and his knowledge of government have served the Board and the County well,” said Board of Supervisors Vice Chairman Curt Hagman. “Greg played a key role working with me and other local leaders to return Ontario International Airport to local control. As the newest member of the Board, I had been looking forward to working with Greg as CEO throughout my time on the Board. I am glad he will still be available to us in an advisory role.”“Greg has been a trusted and knowledgeable advisor through the years and he has worked effectively to help the Board of Supervisors achieve its goals,” said Third District Supervisor James Ramos. “During good times and times of difficulty, we have worked together as a team to move forward in San Bernardino County in service to our residents and future generations.” “When we hired Greg, we wanted to take the County in a new, positive direction. Greg understood what we meant by that and he worked very hard under sometimes difficult circumstances to help us achieve our vision of an ethical, responsive, compassionate, and effective County organization,” said Fifth District Supervisor Josie Gonzales. “I am committed to ensuring we continue in this positive direction.” At the time he was hired, Mr. Devereaux became the ninth permanent or interim county chief executive in 12 years. His initial contract called for him to serve for five years, but the Board extended that time and next month he will pass seven years in the role, making him the longest serving county chief executive in more than 20 years.Gary Ovitt, a former mayor of Ontario and current member of the Chaffey College Governing Board, was Chairman of the Board of Supervisors when Mr. Devereaux was hired by the County.“After serving with Greg at the City of Ontario, I recognized without a doubt that he could accomplish for the County what he accomplished for the city ? stability, a responsible budget, pay-down of pension debt, and provide for major capital purchases with designated funds,” former Chairman Ovitt said. “Greg succeeded with all of these, in addition to changing the culture of the staff and elected officials. Even more importantly, he always stands strong with great integrity. Greg will bring the extra to ordinary.”One of his first endeavors as CEO was to work with the Board and San Bernardino Associated Governments to develop a vision for the entire county, seeking input from residents, employers, educators, community-based and faith‐based organizations, and elected leaders. The Countywide Vision Statement was adopted by the County Board and SANBAG on June 30, 2011. Mr. Devereaux has continued to work with the Board, the community, and leaders in education and business to achieve the vision.Under the leadership of the Board and Mr. Devereaux, San Bernardino County became one of the most honored counties in the United States in terms of awards from the National Association of Counties and the California State Association of Counties. During the past seven years, the County has 200 NACo Achievement Awards for innovation, more than doubling the 74 the County won over the previous seven years. In 2015 alone the County claimed 46 NACo awards ? more than any other of the nation’s 3,068 counties.Under the Board’s guidance and direction, Mr. Devereaux has engineered a number of successes for the County during his time as CEO: