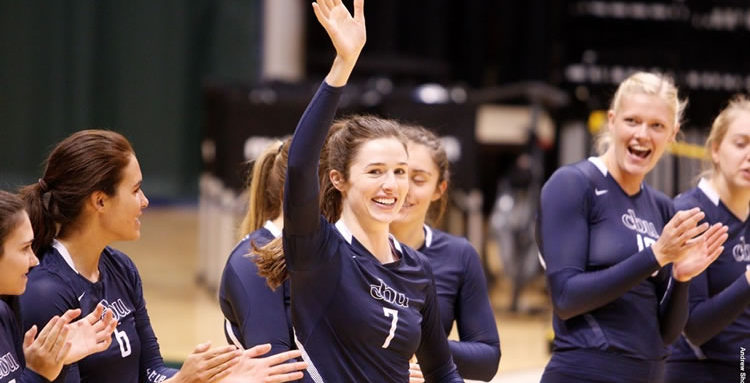 “Lauren was our first AVCA Freshman of the Year, our first NCAA All-American, our first repeat All-American and she is the first athlete to go to this event,” Coach Branden Higa said. “She’s the only D-II player there as well, so not only is she representing CBU, but she’s kind of representing D-II volleyball as a whole.”

Hackett is one of 238 athletes from 84 colleges and 10 high schools, and one of 51 outside hitters, competing for a spot on the national team at the U.S. Olympic Training Center in Colorado Springs, Colo., with tryouts beginning Friday and going through Sunday. The junior is a two-time Division II All-American and the 2014 D-II Freshman of the Year, as Higa mentioned.

“I’m really excited for Lauren to be a part of the National Team tryout,” Higa said. “She is someone who is serious about continuing her volleyball career after she is done playing here and this is a great opportunity. The Olympic Training Center is exactly the place she needs to be this weekend.”

Tryouts involve four sessions with three waves per session. Friday’s first session goes from 2-8 p.m. mountain time, with Hackett’s start time set for 6 p.m. The Saturday sessions begin at 8 a.m. (focusing on serve/receive and individual work) and 2 p.m. (middle-centered and out-of-system focus). The final session on Sunday begins at 7:30 a.m. MT with tournament style play, along with 16-18 athletes selected by the U.S. Women’s National Team staff to participate in a “USA” training session. The Sunday session wraps up at 10:30 a.m. MT.

U.S. Women’s National Team Head Coach Karch Kiraly will direct the entire tryout process. For more information on the tryouts, including a full list of attendees and a live stream of the sessions, click here.

Selected athletes for the U.S. Women’s National Team may begin their training in Anaheim, California, as early as the spring of 2017, or when an athlete’s scholastic or professional club season has concluded.

“It’s a big moment for our program as well,” Higa said. “We’re committed to developing people on and off the court and to the highest level to which they aspire. Lauren wants to go the next level and we are all-in with her.” 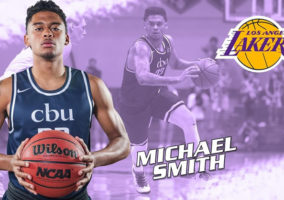 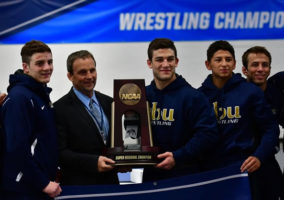 Lancer Sports Review for the Week 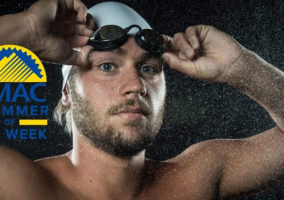 CBU Lancers Results for the Week

CBU Lancer’s in the News